Roses are red,
Violets are blue;
But they don’t get around
Like the dandelions do.
~Slim Acres 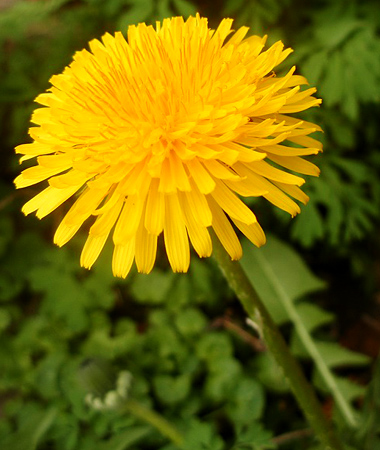 “You must weed your mind as you would weed your garden.”   ~Terri Guillemets

As I was pulling weeds on Sunday, it became clear to me, yet again, just how amazing these plants are. The drive to survive is truly remarkable! The tenacity to glue themselves to any surface. The ability to split off a tiny piece of root and keep growing. The level of drought and neglect they can tolerate. Well done. You have to admire them.

After 2 weeks away, it quickly became clear where my last round of weeding had failed. Then again, who knows for sure. I think they work in waves, like an army. Some have fallen back, they are a little weakened. The new troops are fully rested, ready for battle. Until next season, it is hard to say if any territory has been reclaimed.

I was reading an article recently that equated negative thoughts to weeds. In other words, if you are not careful, the good stuff in your mind will become over run with nasty weeds. You are to be vigilant and pull those unwanted plants out by the roots, leaving your mind open to foster growth of the ideas you wanted there in the first place.

Not a bad way to live. I don’t like weeds in my garden. And no amount of creative salad making is going to make dandelions a welcome addition to the middle of my garden paths. I also, don’t want that kind of negative clutter rattling around in my brain. My days need to be clearly focused on what is good in this life. Period.

One thought on “Weeds”